Rama: Guardian of the Flame 1.1 APK 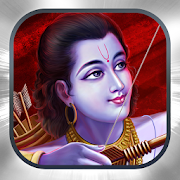 Travel with lord Rama on his journey of Ramayana. Like Rama, fight the demons that are obstructing the yaga. Use powerful weapons to defeat the mighty demons. Understand the essence of Ramayana and learn the great qualities of Rama. Follow the conqueror and be the conqueror.

As the demons try to throw horrible objects to extinguish the fire, blast the objects with your arrows. The special astras will be revealed to you as you blast more and more objects accurately. Use these astras to defeat the demons and stop them from putting off the fire.

Features:
* Before playing the game, go through the animated story of how Rama got powerful arrows and how he fought the demons to protect the yaga.
* Use different powerful arrows to shoot the falling objects.
* You are equipped with 3 special powers -
- Ghee that can bring the flame back to original intensity.
- Pacifier that slows down the falling objects.
- Blaster which blasts out all the objects on the screen.
* Lot of levels to play, challenge yourself with harder levels and destroy the demons and their army!
* Share your score with the winning moment, with your friends on fb and twitter. Challenge them to beat your score!

Kids will
> Play a Ramayana inspired game they’ll enjoy.
> Start learning Ramayan with an animated story.
> Develop good morals and values by putting them in Rama’s shoes.
> Learn to respect their parents and teachers after watching Rama.
> Develop courage and mental strength from this story.

1. Smoother navigation of the story text in read mode.

2. Better messaging in the game when the arrows are wasted.