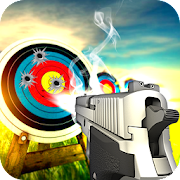 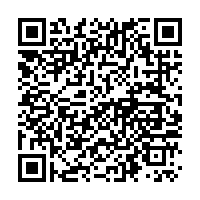 Welcome to the world of "Real Shooting 3D". Hold back to achieve a perfect shot on the target. Download and play this amazing shooting games on mobiles. Welcome to the world of action games, where you are going to play unlimited missions. Your duty is to lead the battle and become the best shooter and sniper.

Real shooting 3D game is one of the free best games in 2020 for shooting game lovers. shooting a new game is based on the idea of a sniper 3d gun shooting game. There is a bulk of free bottles shooting games on play store but the new Real shooting simulator games are unique due to its incredible features. Offline and online shooting games provide a 3d games realistic environment, cool fun games graphics, and smooth gun shoot games control. shooting new games is addictive for arcade games players because it is a fun game as well as a free game. Discover something new by shooting gun games without the internet.


Shooting refers to the use of guns but this is also known for firing from the bow as archery. A person who shooting is called a free shooter. Shooting is used for hunting animals in the jungle, warfare, self-defense, and duels. Shooting can be very tricky depending on the weapon being used just like pistols, shotguns sniper rifles, etc. There are also some factors that can play in the accuracy of shooting while you are in the shooting arena, jungle, or the battlefield. There are few important tips for best shooting game practice e.g. Comfort, Breathing, Trigger control, and Sight and target alignment.

Shooting games are designed to give users the best ever experience free real shooting games with real shooting guns while keeping all points in shooter/hunter and taking the shots with accuracy. Also, a soldier in mind. Think of a person who is in a competition, if he has some sort of prior experience which will help him to win the rivalry. While being in the jungle as a hunter, this Real shooting game will help you to be the best war can also use the experience to become the best sniper shooter of all time. Being a soldier it’s necessary to shoot with accuracy. The best free-range shooter is one who doesn't miss the fire and use fewer bullets or in the center of his enemy.

There are three targets in this game:

Selecting these objects will lessen the fear and violence in any free shooting game that’s why this shooting game is suitable for all the age groups. But the best ever controls and well managed Artificial Intelligence will give you the true sensation of firing.

***New guns and new exciting missions will be added soon***

Download these games on your android device or tablet for free and don’t forget to rate us. Provide us with your valuable feedback. We will be looking forward to you.