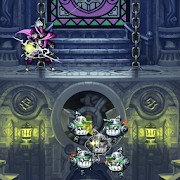 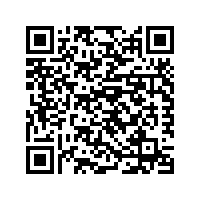 Next update:
Hi everyone! We're currently testing a new update for the game, that will fix an issue with screen-tearing on mobiles with larger screens(Nexus 6, Galaxy Notes, etc. I hope to have this update live within a couple of days.)

Description:
Based off Savant's universe, the game has you battling scrap robots to reclaim your tower. Fight your way up the enemy-infested tower, dodging and shooting your way to the top.

As you progress through the different stages, you'll unlock new Savant tracks, along with powerful upgrades. Clearing the game will reward you with new game modes, where you can try to beat your highscores, and unlock further content.

Story:
A malicious orb has cast Savant out of his tower and transformed his surroundings into dangerous enemies!
Dodge and shoot your way back up the tower, and blast down waves of enemies as you make your way towards the top! As you progress, you unlock CDs that not only give you new tracks to play to, but also grant you powerful new abilities!
Can you make it to the top?

Next up:
+ Google Play Game Services

Fixed a screen tearing issue on larger devices(Nexus 6, Galaxy Note, etc.), adjusted controls, added animation options(animation defaults to ON, if you're device crashes when starting the first level, try turning these OFF from the options menu). Golden Enemies no longer dissapear in Endless Mode. You can now unlock the Space Level by obtaining the Philosopher's Stone.