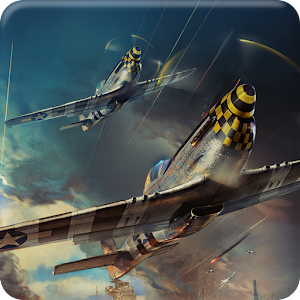 Attention! Dear players! With major update 1.77 release, the open beta of Shield Android TV version of the game will be over. We decided to focus on making War Thunder available on GeForce Now streaming service instead of native Android client. So in the future the game will be playable on different Shield devices and not just Android TV. We thank all of you who participated in testing, and you can continue to use your account in Windows, Linux or Mac versions of the game.

War Thunder is a free-to-play, cross-platform MMO combat game for SHIELD, Windows, Linux, Mac and PlayStation®4 dedicated to military vehicles used in the World War II and the Korean War periods. Fight in major air, land, and sea battles, with international players in an ever developing environment.

This is an Open Beta version of the game for Android and we're doing our best to deliver the same experience as on other platforms, so everything is a subject to change.

At the moment, only Air Battles are available on Android. For Ground Forces battles, you can use the same account in Windows, Linux or Mac versions of the game.

Way of the Viking