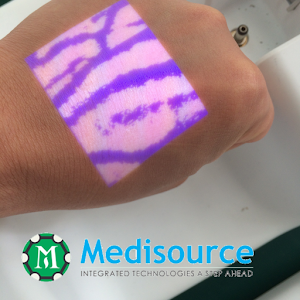 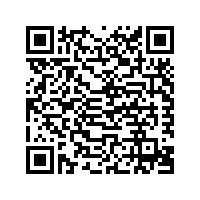 THE BREAKTHROUGH IN THE ACCEPTANCE OF VEINFINDER
The breakthrough in the acceptance of Veinfinder as a useful device came in 2008 when a presentation of the new Veinfinder for vein imaging was presented by Gunjan patel at the Motherhood Womens Hospital. The abstract presentation was awarded the ISO 9001 2008 By American Institute Of National Standard Member award and 10% of the attendees bought a Veinfinder at the meeting to use for finding deeper feeder veins during the treatment of varicose veins with sclerotherapy.

An arrangement was made with Mrs. R B PATEL to sell the Veinfinder devices through his company since Mr. gunjan was still an Associate Researcher at the Independent. Very quickly, the Veinfinder became an important tool for doctors treating patients with superficial varicose veins. It remains to this day as one of the most important devices for finding the deeper feeder veins that feed the superficial varicosities.
VEINFINDER FOR GENERAL VEIN ACCESS
While the Veinfinder was becoming popular for treatment of varicose veins, the underlying belief that the Veinfinder could be beneficial for general vein access took a long time to get accepted by the medical community. Attempts at developing a special device for use with pediatric patients for general vein access were not successful with the NIH grant applications. It was not deemed important by the reviewers since vein access was considered to be quite successful overall.

Medisource Healthcare LLC funded a clinical trial at Motherhood Children’s Hospital to use the fiberoptic Veinlite in a randomized clinical trial to access veins in the hard-to-find vein patients in the Emergency Department. This trial took about three years to complete and a final report was published by R B INCORPORATION. The report showed that the use of the Veinfinder improved the success rate for vein access from 74% to 83% after two attempts in children with hard-to-find-veins. This was the first, and still remains the only randomized clinical trial to demonstrate the use of transillumination for general vein access.

The research question was how to create a hand-held device that could operate on a battery and not use 150 watts as in the Veinfinder. After two years of research, it was found that orange/amber light provided the highest contrast for imaging superficial blood vessels while red light penetrated deepest for imaging deeper veins. The two colors of LEDs could produce reasonable images of veins using only two watts of power or less and a design of a portable Veinfinder device called Cvein was created in 2006. Commercial versions of the Veinfinder Cvein® were sold in 2007.

The combination of the orange and the red LED lights soon proved to be very successful for imaging superficial and deeper veins with the Veinfinder Cvein.
The original goal of creating a portable device that could be used by nurses for general vein access now became a reality with the Veinlite LED®. It soon became obvious that these portable devices were very useful for finding veins in children, large patients and patients undergoing chemotherapy. Three other variations of the Veinlite LED® have been designed to optimize them for different applications. The Veinfinder Cvein® is a simpler, lower cost device for use by pre-hospital emergency medical services. The Veinfinder GP101 is a larger, more powerful version of the Veinfinder Cvein and is perfect for use on overweight patients and for sclerotherapy. The VeinFinder Super Tourch is a tiny device, streamlined for use on neonates and infants.
Several patents have been issued on different aspects of the Veinfinder devices. Veinfinder products are now sold in over 70 countries around the world and several million people per year are benefiting from the use of the Veinfinder for finding veins and accessing them using the new Veinfinder Vein Access method.